Aisha discusses the APC party problem with Adamawa’s top officials. Aisha Buhari, the First Lady, met with members of the Adamawa State All Progressives Congress to discuss the party’s nomination for the governorship in 2023. The PUNCH has confirmed that on Friday night, the state’s first lady, an inhabitant of the state, met with party members, including those on the state working committee and gubernatorial candidates like Nuhu Ribadu and Wafari Theman.

A participant at the gathering said that the first lady encouraged party members to work together to ensure victory in the next 2023 elections. As of the 13th of October, Aishatu Ahmed (Binani) could no longer run for governor of the Adamawa People’s Congress (APC) in the state due to a ruling from the Federal High Court in Yola, Adamawa State.

Ribadu filed suit FHC/YL/CS/12/2022, and the court agreed, ruling that Binani’s candidacy was unconstitutional. The court in Adamawa State did not reopen the APC gubernatorial primary. After the verdict, both APC and Binani, the first and second respondents, appealed to the Court of Appeal. After the primary that elected Binani was declared null and void, Ribadu claims the lower court made a legal mistake by not ordering a new primary. 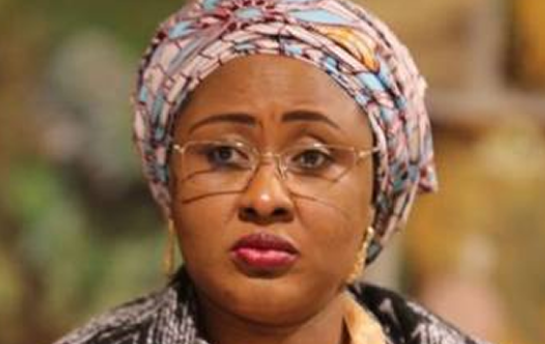 Binani, on her part, formally petitioned the court of appeal to maintain her status as the first respondent’s lawfully chosen candidate for governor. She told us to unify the party ahead of the 2023 elections,” a key participant in the first lady’s discussion with the stakeholders said. She predicted that the APC, if it stays together, would sweep the state’s elections.

She added that a new primary might be ordered by the Court of Appeal, so members should be prepared to accept that decision.It’s clear that Aisha Buhari cares about the APC’s work in the state. She promised that after the legal dispute was settled, she would convene a meeting of all relevant parties to announce the campaign’s strategy.

“Immediate appointments were made to the positions of director of media, director of administration, and director of mobilisation for the Presidential Campaign Council in Adamawa State, which would also be responsible for directing the gubernatorial campaign.”The first lady allegedly campaigned for Ribadu, saying the party will sweep the gubernatorial race if the former EFCC chief was put forth as their candidate.

It was reported that a majority of those present at the gathering supported Ribadu for governor.If the party didn’t have a candidate for governor, several guests said, it would be hard for other candidates to win in the state.When asked, Mohammed Abdullahi, who serves as the state party’s publicity secretary, verified that a meeting had taken place.

The High Court’s decision to nullify the party’s registration and bar it from running in the 2023 general election has caused great distress, he added. While we do have candidates for the state House of Assembly and the Senate, the party’s chances of winning the governorship are dim without a strong candidate. We filed an appeal at the court and are waiting for a favourable verdict.