Following an eight-month decline, Nigeria’s headline inflation rate increased to 15.63 percent in December from 15.50 percent in November, marking a return to trend. In a press conference held at the National Bureau of Statistics (NBS) in Abuja yesterday, Statistician-General Simon Harry announced the news to the public. The National Bureau of Statistics (NBS) previously reported that headline inflation has been falling since April 2021. But inflation jumped 0.23 percentage points from November to December, reversing the previous month’s trend. 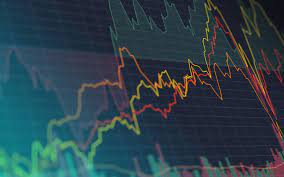 Reports from the UK’s The Guardian suggest that the MPC may be obliged to modify the criteria. According to some analysts, the rise in inflation in December emphasises the necessity for policy changes.Because of growing food prices, the Consumer Price Index (CPI) increased by 1.8 percent month on month in December, driving headline inflation to 15.6 percent.

The result is that prices increased in December 2021, but decreased in December 2020.The analysis found that all of the COICOP divisions that contributed to the headline index saw increases.The National Bureau of Statistics (NBS) indicated that inflation increased at a slower rate from April to November, despite the fact that other stakeholders strongly disagreed.

The average year-to-date rise in pricing of major products was between 50 percent and 100 percent, according to an independent market study conducted by The Guardian in late November.Other estimates, such as those from the Lagos Business School, put the figure at 90 percent.

“The highest monthly increases were recorded in Ebonyi (4.01 percent), River (3.41 percent), and Taraba (3.28 percent), while the slowest were recorded in Jigawa (0.56 percent), with Cross River and Kaduna experiencing price deflation or negative inflation” (general decrease in the price level).According to the findings of the survey, food inflation increased to 17.37 percent in December from 17.21 percent in November.

The report identified price increases for gasoline, liquid fuel, alcohol, actual and fictitious home rentals, pharmaceuticals, cigarettes, and clothes, among other things.According to Bismarck Rewane, Managing Director of Financial Derivatives Company Limited, who spoke at a recent economic symposium: “It is impossible to conceive that inflation is reducing in Nigeria when it is not falling in other nations.”

The inflation rate would continue to climb over the first half of the year, he predicts, before slowing down later. Global supply shocks, he said, have an impact on local patterns.Fuel subsidy withdrawal, higher electricity prices, and increased taxes are expected to be followed by legacy challenges, such as an increase in debt payment burden and an increase in exchange rate conversion. “Inflation will remain fundamentally high at 13.3 percent in the first and second quarters,” he said.Despite the impact of the harvest season, the food index increased at a greater rate than the core inflation index in December.