The Osun Peoples Democratic Party (PDP) Support Group has appealed to the party’s National Secretariat to intervene and prevent former Senate President Dr. Bukola Saraki from destroying the party’s gubernatorial candidacy in the state by damaging the party’s campaign. According to Apesin-Abiodun Adegoke, the organizer of the group, Deji Adeleke’s closeness with the former Senate President drove him (Saraki) to side with Adeleke, making a peaceful resolution of the disagreement impossible.

Party infrastructure must be active by March 25, 2018, according to the organization, which calls on the Iyorcha Ayu-led National Working Committee to allow for the primary election. The National Secretariat should work to prevent Senator Bukola Saraki from secretly imposing Senator Ademola Adeleke on important Osun PDP stakeholders,” the statement reads in part: 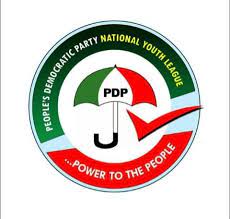 According to party rules, only the newly elected State Chairman and Executives, who were inaugurated on March 25, 2018, have the constitutional authority and legal right/backing to conduct the Ward Congress and three Ad-Hoc delegates, which they duly conducted on September 25 and 27, 2021, respectively. We strongly advise that no other organization be recognized unless we intend to completely destroy the party and allow the ruling party, the APC, to continue to fail miserably in its attempts to administer the country.

Their identities should be made public a week before the start of their assignment in order to provide for the necessary scrutiny and openness during the course of those activities. Senator Saraki should focus his attention on the problems affecting the PDP in Kwara and leave us alone in Osun. There is a warning that he should not use his ambition and personal interests to disrupt the current peace efforts in Osun.

Diran Odeyemi, a former national deputy press secretary and ardent Adeleke supporter, replied by claiming that the organization is acting as the PDP but is really working for the APC and that it should be disregarded.