Except for those who enjoy the tranquil surroundings and delectable seafood, everyone who attends a Niger Delta event has a fascinating storey to tell. A gathering of polo teams from throughout the nation convened in Port Harcourt to commemorate the sport’s Golden Jubilee.

On the field, it was a tight race, but the competition was about much more than that. The Golden Jubilee Anniversary celebration was a fantastic event for polo aficionados from all over the world, with a stunning award ceremony, a cultural display, an Armed Forces Remembrance Day observance, and a massive musical performance.

After eight days of intense polo competition, the Kaduna Trappco team emerged victoriously and took home the King Diette-Spiff Cup with them. After months of anticipation, the OB Lulu Briggs Cup and the T.Y Danjuma Cup were awarded during this year’s anniversary polo fiesta, with the Hassle & William and Navy teams taking home the honors.

While participating in the beautiful Golden Jubilee celebrations, the Lagos GDF team won King T, J.T Princewill Cup, with local teams Strata Base/Solotone, Bob Track, and Shabazz finishing second and third, respectively. Tourists from all over the world who came to the week-long event praised the organisers and players for showcasing their incredible talent in such a beautiful location. 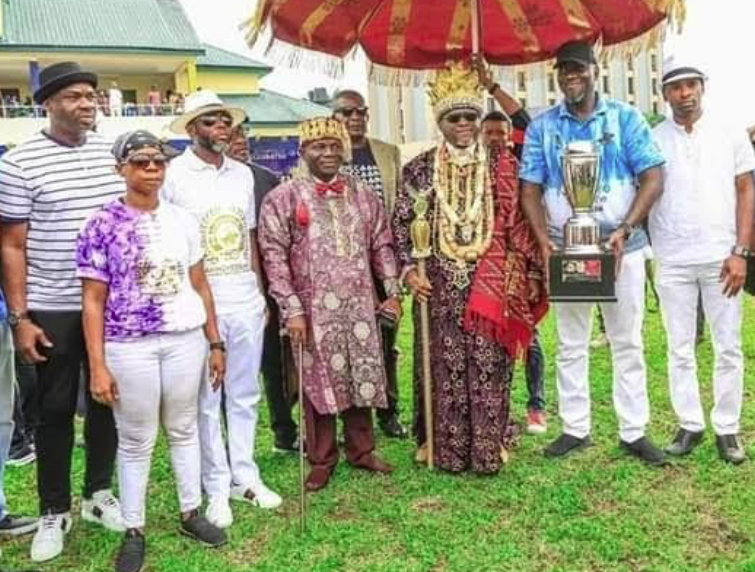 Dr Chukwudi Dimkpa, President of the Port Harcourt Polo Club, expressed his gratitude to everyone who helped to make the club’s Golden Jubilee Anniversary celebration a huge success in his closing remarks. The fact that people from all over the globe, as well as polo lovers from all across Nigeria, attend this event every year attests to its outstanding tourism and social qualities,” he says.

Dr Dimkpa stated in a statement that the club and the Nigerian Army had agreed to celebrate Armed Forces Remembrance Day on November 11 every year going forward. We were delighted to meet King Alfred Diette-Spiff, a founder member of the club and chairman of the board of trustees. He was a kind host. I’d want to express my gratitude to all of our supporters, both corporate and individual.” We are grateful for your ongoing assistance. Let’s work together to strengthen our mutually beneficial relationships. Thank you to the event organizers and vendors for their efforts.

“We applaud all of the teams who participated in the tournament for accepting our offer and putting up world-class displays of this beautiful game. We look forward to seeing you in future tournaments. Annual attendance at this event by tourists from around the world and polo enthusiasts from all across the country is a testimonial to the tourism and social advantages of this exciting game of kings in the oil-rich region of Nigeria and the country at large.